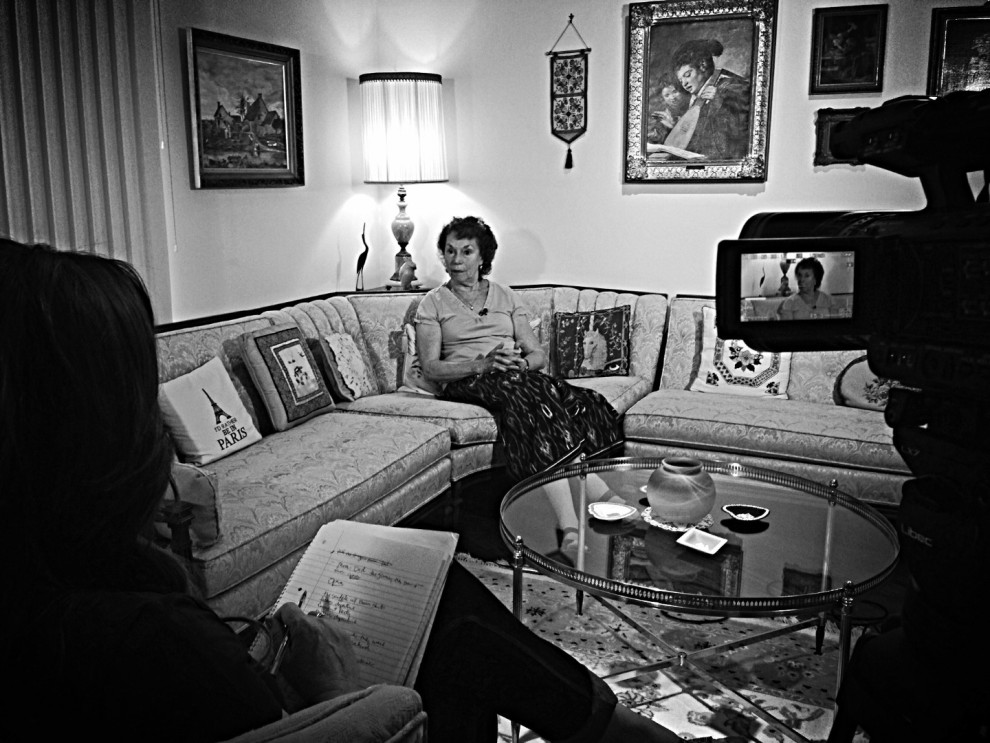 Michele is the keeper of her family’s history. She has a treasure trove of artifacts from that time: pictures, passports and handwritten letters that mask an unspeakable horror, and tie her to a past she never knew. Initially among the Holocaust’s youngest survivors, Levy is now among its last; the number of those directly impacted by Hitler's atrocities decades ago dwindles every day. But, like all survivors, Levy is a voice for all those who were lost, and the Julian Farris Films teams says it’s honored to be entrusted with her unique and powerful story.

“Letters to Frieda”, directed by Jaccii Farris, president of Julian Farris Films, is currently being filmed with a premiere date set for Jan. 27, 2015, on WFMZ TV. The date was chosen because it is the 70th anniversary of the liberation of the Auschwitz-Birkenau concentration camp.

Completion of the film and its accompanying educational materials will require community support. Julian Farris Films has partnered with Haydenfilms Institute to raise the funds that are necessary to cover production costs. All contributions to the project are tax-deductible to the fullest extent of the law through Haydenfilms Institute. A portion of the proceeds will be donated to the Holocaust Resource Center of the Jewish Federation of the Lehigh Valley.

This event is free and open to the public, and will be held in the JCC Auxiliary Auditorium. All members of the community are invited to preview this documentary and to meet Levy and members of the Julian Farris Films team, and help in ensuring that such an important story is preserved for all generations to come.

Pennsylvania Rep. Mike Schlossberg and other local officials will be in attendance.