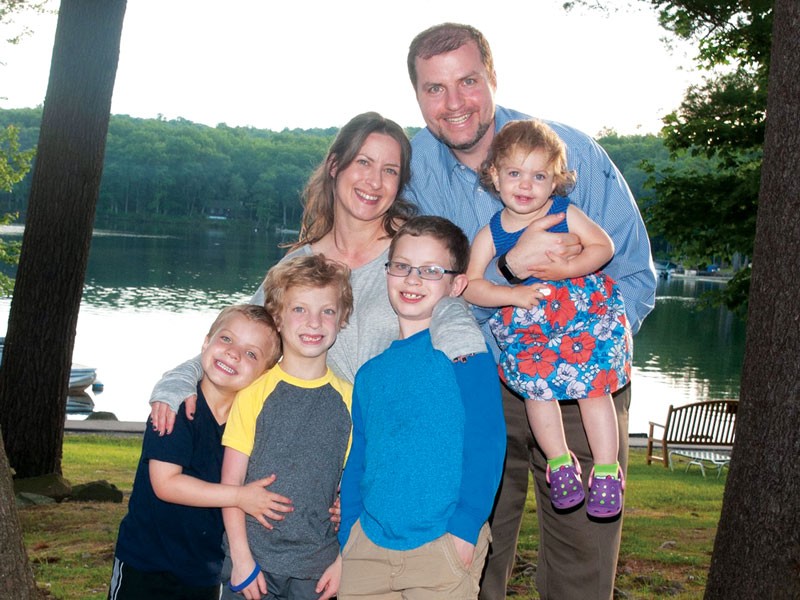 Dina and Dan Relles moved to Zionsville in the summer of 2016 with their four children, Aiven, Parker, Gray and Laney. Dan’s job as a pediatric surgeon at the Lehigh Valley Children’s Hospital officially prompted the move, but they were “thrilled to settle in the area – one hour north of Dan’s family in Upper Dublin, two hours away from my family in New York, and in a beautiful, vibrant community all our own,” Dina said.

The family joined Temple Beth El, enrolled their oldest children in its religious school and “felt more welcomed by the community there than we could imagine.” At events for young Jewish families, they were able to connect with “so many wonderful people who quickly became dear friends.”

They are also deeply invested in Camp Ramah in the Poconos, where they originally met – Dina still returns there as staff during the summers.